Get fired up for the new season — watch this fan-favorite episode from Season 2 now, no subscription needed.

SELENA + CHEF is back with more chefs from around the world, more great recipes, more friends and family around the table and more surprises that are taking the joy in learning to cook to the next level. This season also embraces fun (Covid safe) group recipes for game nights, brunches, birthdays, holidays and more. Like in its first two seasons, each chef will highlight a different charity each episode. To date, the series has raised $360,000 for 23 nonprofit organizations.

Print your favorite recipes from the show 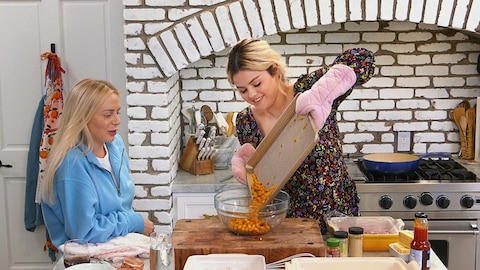 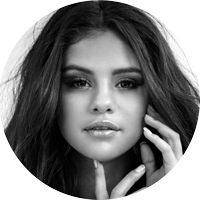 On the big screen, Selena Gomez began making the transition from young actress to adulthood with such films as the much talked about Harmony Korine’s Spring Breakers. The film premiered at the Venice Film Festival to critical acclaim, and Gomez’s performance was singled out as a “breakout.” She appeared in the Academy Award-nominated film The Big Short opposite Brad Pitt and Ryan Gosling, as well as Fundamentals of Caring alongside Paul Rudd that premiered at the 2016 Sundance Film Festival. Gomez was named by Vulture.com as one of “The 20 Best Performances of Sundance 2016.“ Other credits include Rudderless, Neighbors 2 and the James Franco directed In Dubious Battle. Most recently, Gomez was seen opposite Bill Murray and Adam Driver in The Dead Don’t Die directed by Jim Jarmusch. The film premiered at the Cannes Film Festival.

Selling more than 145 million singles worldwide and over 25 billion global streams it’s safe to say Selena has achieved great success as a recording artist. “Lose You To Love Me,” the first single off her critically acclaimed album “Rare,” marked a historic moment for the singer as she landed her first No. 1 on the Billboard Hot 100 chart. The album debuted at the top of the charts, making it her third consecutive album to debut at No.1 on the Billboard Album chart. Praise for the album was immediate with Variety proclaiming, “‘Rare’ is one of the best pop albums in recent memory”; Time saying it is a “pop gift”; and Rolling Stone proudly called it “an act of divine ruthlessness.” In 2017, Gomez was named Billboard’s “Woman of the Year.” Linda and the Mockingbirds (HBO)