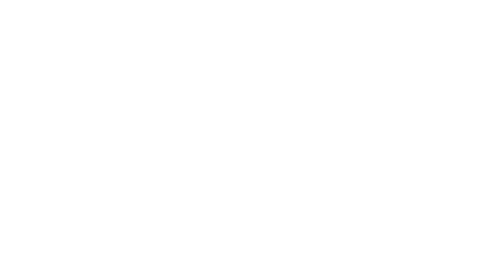 Watch the First Episode of Season 2 for Free

The series hailed by Indiewire as “a mind-boggling fantasia of ingenuity” returns for a second season. MC Dashaun Wesley along with judges Leiomy Maldonado, Jameela Jamil, Law Roach and Megan Thee Stallion will be returning to serve realness for another season. With performances Time Magazine deemed “SPECTACULAR” and backstories NPR found “insanely charismatic,” season two moves to the west coast to SLAY in LA. 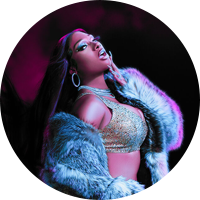 2019’s hottest breakthrough artist, business mogul, environmental activist and cultural icon, Megan Thee Stallion has had a monumental year due in part to the braggadocio-infused bars found on her 300 Entertainment debut mixtape Fever as well as her contributions to the culture. Since dropping Fever, which has garnered over a billion streams to date and debuted in the top ten on the Billboard 200, Megan has continued to buzz all year long due to her standout releases, activism, empowerment of others and TV appearances, including her late-night TV debut on Jimmy Kimmel Live! as well as appearances on The Tonight Show Starring Jimmy Fallon and Saturday Night Live. 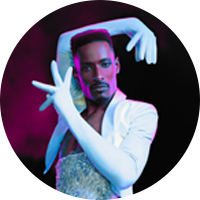 Dashaun Wesley is an iconic figure in the ballroom as well as a dancer, actor and commentator. Wesley has been a part of the ballroom in New York City since he was an early teen. He is most well-known by his appearance in America’s Best Dance Crew on the Vogue Evolution team. His acting credits include FX’s Pose, Magic Mike XXL and BET’s Hit the Floor. 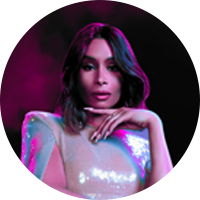 Leiomy Maldonado, also known as the Wonder Woman of Vogue, is a prominent icon in the ballroom scene. Born in the Bronx, she has been a queer and LGBT+ activist and a member of the ballroom since she was 15 years old. Maldonado was the first openly trans contestant on America’s Best Dance Crew on MTV and has worked with celebrities like Lady Gaga, Icona Pop, Janet Jackson, Beyoncé, Britney Spears and Willow Smith. She was featured in Nike’s #BeTrue campaign and is currently a choreographer for FX’s Pose. 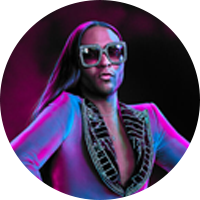 Stylist and image architect, Law Roach undeniably transforms celebrities into fashion icons. Roach grew up in Southside Chicago and embarked on his career as a vintage broker, collecting and curating vintage pieces. Roach was the first African American on the cover of The Hollywood Reporter’s Most Powerful Stylists issue. Most recently, Law acted as creative director for the Tommy x Zendaya fashion line by Tommy Hilfiger, which premiered at Paris Fashion Week. Fueled by his love for fashion, Roach continues to conquer cultural limitations, making revolutionary strides for people of color within both the fashion and entertainment industries. Roach continues to be a force as a fashion stylist with clients including Zendaya, Ariana Grande, Tiffany Haddish plus our very own Jameela Jamil! 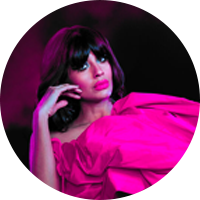 Jameela Jamil is a one-of-a-kind multi-hyphenate who works as an actress, writer, host, podcaster and advocate. Jameela was first seen on American television starring as Tahani in Mike Schur’s Golden Globe-nominated series The Good Place, opposite Ted Danson. In 2020, Jamil will reprise her role as host on the TBS game show The Misery Index and will star as a judge in HBO Max’s new reality competition series Legendary. She will also voice the character Auntie Pushpa in the Disney series Mira, Royal Detective with an all-Indian cast that includes Freida Pinto and Kal Penn. Jamil recently launched her first weekly podcast, I Weigh with Jameela Jamil which challenges society’s definition of worth through weight by asking different thought-leaders, performers, activists, influencers, and friends about how they are working through their past shames to find where their value truly lies. 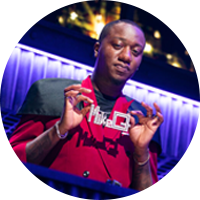 New Jersey-based DJ, producer and label head MikeQ is one of the leading figures of the ballroom culture. MikeQ is not only one of the busiest scene DJs, turning out a steady stream of ballroom tracks, re-edits and remixes, but he also heads up ballroom culture's first record label Qween Beat. He has partnered with several major brands and artists such as Red Bull, Mercedes Benz, Frank Ocean, Rick Owens, Afropunk, Pat McGrath Labs, Bergdorf Goodman, Sundance, Shiseido and more. Mike Q has scored films and television including Kiki Movie and Viceland's My House. In addition, he hosts popular monthly NYC ballroom night “House of Vogue,” bringing a new safe space to the culture. My Mom, Your Dad