Watch The Flight Attendant for Free

The Flight Attendant is a story of how an entire life can change in one night. A flight attendant (Kaley Cuoco) wakes up in the wrong hotel, in the wrong bed, with a dead man – and no idea what happened. The dark comedic thriller is based on the novel of the same name by New York Times bestselling author Chris Bohjalian. 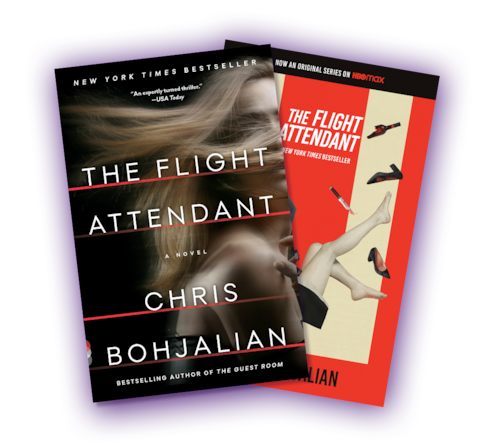 Read while you watch! 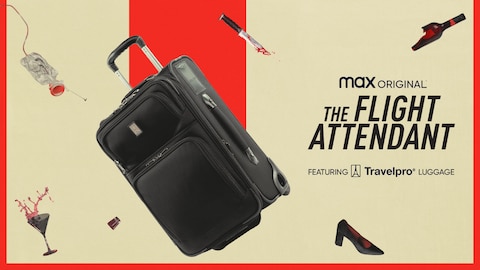 Shop the Travelpro collection inspired by the series 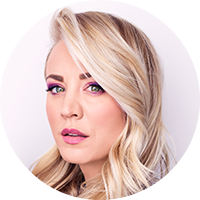 Kaley Cuoco has been a fixture on the small and silver screen for over a decade. Cuoco is best known for her portrayal of “Penny” on the CBS comedy The Big Bang Theory. The Chuck Lorre-created sitcom has received Emmy®, Golden Globe® and SAG Award nominations as well as record-breaking ratings for over a decade. Cuoco was awarded “Best Supporting Actress in a Comedy Series” at the 3rd Annual Critics’ Choice Television Awards and “Choice TV Actress” at the 2014 and 2015 People’s Choice Awards for her work on the show. In 2014, she received a star on the Hollywood Walk of Fame.

Recently Cuoco lent her voice as the title character in the made-for-adults animated series Harley Quinn, launching its third season on HBO Max. In addition to starring as the daft but deranged fan-favorite character, Cuoco also serves as an executive producer on the show, along with Justin Halpern and Patrick Schumacker.

Cuoco launched her own production company Yes, Norman Productions in 2017 and has a multi-year pod deal with Warner Bros. Television. 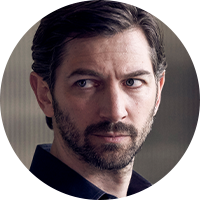 Michiel Huisman most recently starred in Aoife Crehan’s film The Last Right and in The Other Lamb directed by award-winning filmmaker Malgorzata Szumowska which premiered at the Toronto, San Sebastián and London film festivals. He is currently shooting the limited series Angela Black opposite Joanne Froggatt and will next be seen in A Boy Called Christmas opposite Sally Hawkins and Dame Maggie Smith.

Other film credits include starring in Mike Newell’s The Guernsey Literary and Potato Peel Pie Society opposite Lily James, Irreplaceable You opposite Gugu Mbatha-Raw and Christopher Walken, and The Age of Adaline opposite Blake Lively and Harrison Ford. On television, Huisman most recently starred in Netflix’s hit series The Haunting of Hill House directed by Mike Flanagan and produced by Steven Spielberg. He gained notoriety for his role on HBO’s popular series Game of Thrones as “Daario Naharis,” opposite Emilia Clarke. 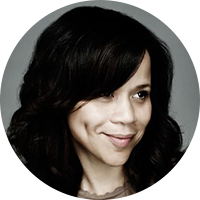 An Oscar®, Golden Globe® and Emmy®-nominated actress and choreographer, Rosie Perez has been a cultural mainstay since her breakout performances in such classic films as Spike Lee’s Do the Right Thing, Ron Shelton’s White Men Can’t Jump and Peter Weir’s Fearless.

Perez recently starred in The Last Thing He Wanted opposite Anne Hathaway and Ben Affleck for Netflix and as “Detective Renee Montaya” in Warner Bros.’ Birds of Prey opposite Margot Robbie. Her other film credits include Andrew Bergman’s It Could Happen to You, Untamed Heart and The Take, for which she was nominated for an Independent Spirit Award.

Perez has also made her mark on the stage. She received strong reviews for her performance in The Ritz and made her Broadway debut in the hit revival of Terence McNally’s Frankie and Johnny in the Clair de Lune. Perez returned to Broadway in 2015 for the highly successful Fish in the Dark with Larry David.

Throughout her career, Perez has been a vocal activist for a number of causes and serves as the Artistic Board Chair for Urban Arts Partnership. She details her childhood upbringing and career in her book Handbook for an Unpredictable Life: How I Survived Sister Renata and My Crazy Mother, and Still Came Out Smiling (with Great Hair). 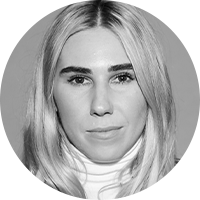 Zosia Mamet is perhaps best known for her starring role as "Shoshanna Shapiro" in the Emmy® and Golden Globe® award-winning HBO series Girls. She was recently seen in the Netflix limited series Tales of the City alongside Laura Linney, Ellen Page and Olympia Dukakis. Mamet also appeared as the inimitable “Louisa May Alcott” opposite Hailee Steinfeld in Apple TV’s Dickinson. Notable film credits include Under the Silver Lake, The Boy Downstairs, Weiner-Dog, Greenberg and The Kids Are All Right. Additional television credits include high-profile supporting or recurring roles in Unbreakable Kimmy Schmidt, Mad Men, United States of Tara and Parenthood. Mamet made her stage debut in the critically acclaimed Off-Broadway MCC production of Really Really, directed by David Cromer at The Lucille Lortel Theater. She also starred opposite Norbert Leo Butz and Dolly Wells in the Off-Broadway world premiere production of The Whirligig, written by Hamish Linklater and produced by acclaimed director Scott Elliott for The New Group. 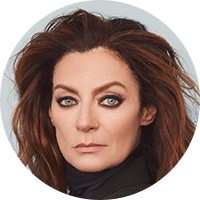 Michelle Gomez currently stars as fan-favorite “Madam Satan” on the hit Netflix series The Chilling Adventures of Sabrina, the final season of which will air later this year.

Gomez is previously best known to television audiences from the long-running UK series Doctor Who, on which she first appeared in the eighth season as “Missy,” who was later revealed to be the female incarnation of the “Master,” the Doctor's longstanding nemesis. She was nominated for a BAFTA TV Award for her performance on the show. Her additional television credits include the HBO comedy series The Brink and Fox’s Gotham, as well as the UK series Bad Education, Psychobitches, Feel the Force, Green Wing (winner of the first BAFTA Pioneer Audience Award), Carrie and Barry and The Book Group, amongst many others. In addition to Gomez’s television success, she has also appeared in many films and is a veteran of the theater. Her illustrious theater career in the UK includes the Olivier and Tony Award®-nominated Boeing Boeing, The Vagina Monologues at the Royal Albert Hall, and The Taming of the Shrew for the Royal Shakespeare Company. 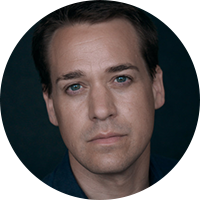 Emmy®-nominated actor T.R. Knight began his career at The Guthrie Theater in his hometown of Minneapolis before moving to New York City. His early theater roles include the 2001 Broadway production of Noises Off opposite Patti LuPone and the Off-Broadway production of Scattergood, for which he received a Drama Desk Award nomination. His most recent Broadway credits include A Life in the Theatre opposite Patrick Stewart and It’s Only A Play with Nathan Lane and Matthew Broderick.

Knight’s role as “George O’Malley” in ABC’s Grey’s Anatomy earned him a Primetime Emmy nomination for “Supporting Actor in a Drama Series.” Most recently, Knight can be seen as “Max Jacob” in Genius: Picasso opposite Antonio Banderas, as “J. Edgar Hoover” in Genius: Einstein (both for National Geographic), as “Johnny Clayton” in Stephen King’s 11.22.63 for Hulu and as “Reince Priebus” in The Comey Rule opposite Jeff Daniels and Brendan Gleeson for Showtime. 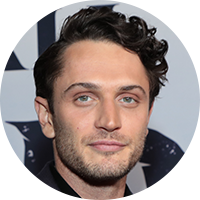 Colin Woodell recently starred Off-Broadway in Dying City opposite Mary Elizabeth Winstead. Prior to this, Woodell starred onstage in the Geffen Playhouse revival of Eugene O'Neill's A Long Day’s Journey into Night opposite Alfred Molina, for which he received much acclaim. Onscreen, Woodell played a pivotal role opposite Claire Foy in Steven Soderbergh’s film Unsane, played the villain in Disney’s Call of The Wild opposite Harrison Ford, and starred in the Universal/Blumhouse feature Unfriended: Dark Web. His television credits include starring in the USA series The Purge, as well as major recurring roles on Showtime’s Masters of Sex and ABC's Designated Survivor. 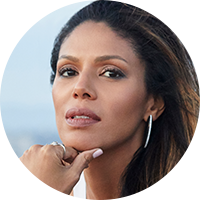 Having made an indelible mark on stage and screen, Merle Dandridge shined in her starring role as “Grace Greenleaf” in Oprah Winfrey Network’s hit series Greenleaf. The show won the 2020 NAACP Image Award for “Outstanding Drama Series.” Previous roles include FX’s Sons of Anarchy, CW’s Starcrossed, and NBC’s The Night Shift.

Dandridge began her acting career with leading roles on Broadway in Spamalot as “Lady of the Lake,” Rent as “Joanne,” Aida as “Aida,” Tarzan as “Kala” and Jesus Christ Superstar as “Soul Girl, Disciple.” Most recently, Merle took on the role of “Pharaoh” in The Manhattan Concert Productions’ presentation of Joseph and the Amazing Technicolor Dreamcoat, which celebrated the 50thanniversary of the Andrew Lloyd Webber and Tim Rice musical. She also played the role of “Papa Ge,” the sly demon of death, in the Tony Award®-winning Broadway revival of Ahrens and Flaherty’s Once on This Island, which received a GRAMMY® nomination for “Best Musical Theater Album.” Dandridge is the first woman to ever play this role and completely reinvented the character with her fearless portrayal. Dandridge has completed six European tours as well as performances at The Hollywood Bowl and at Royal Albert Hall in London. In addition to her success on stage and TV, Dandridge was awarded the “Best Performer” BAFTA in 2016 for her role as “Katherine Collins” in the award-winning independent video game “Everybody’s Gone to the Rapture.” 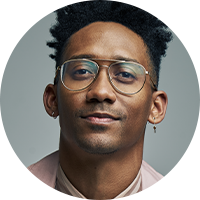 ​​Born and raised in Pittsburgh, Pennsylvania, Matthews was one of five freshmen men accepted into the prestigious musical theater program at Carnegie Mellon University. In 2005, Matthews went to Uganda for the first time and subsequently started his nonprofit organization Uganda Project and in 2008, wrote a benefit concert titled Witness Uganda to raise money for their education, which became the full musical it is today. He has associate directed and choreographed alongside John Caird at Vassar College, Lincoln Center, Warner Theater in DC, Uganda and in Tokyo. He also serves as creative director for live events for L'Oreal and Ulta Beauty. 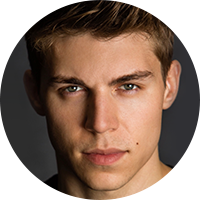 Nolan Gerard Funk is known to audiences as the musically inclined and villainous warbler captain “Hunter” in Glee, heartbreaker “Colin” in MTV’s Awkward and otherworld assassin “Angel Eyes” in Starz’s Counterpart. Funk starred in Paul Schrader’s The Canyons and appeared in Universal’s Truth or Dare and Riddick. Funk began his career with a starring role in Nickelodeon’s Spectacular! and originated the role of “Conrad Birdie” in Broadway’s revival of Bye Bye Birdie. The Canadian actor and national gymnast also served as the face of Versace’s provocative Spring/Summer campaign in conjunction with Lady Gaga.