Watch Raised by Wolves for Free

From Executive Producer Ridley Scott, Raised by Wolves centers on two androids tasked with raising human children on a mysterious virgin planet. As the burgeoning colony of humans threatens to be torn apart by religious differences, the androids learn that controlling the beliefs of humans is a treacherous and difficult task.

Explore the world of Raised by Wolves and uncover its secrets

Are we psychologically ready for all that Raised by Wolves presents?

The harrowing vision of the future in which Raised By Wolves takes places forces humanity to grasp with change and tragedy beyond comprehension. But how well does the series depict how human beings would actually react when confronted with staggering concepts like starting life over on a distant planet or facing android superweapons? On the final episode of Raised By Wolves: The Podcast’s first season, host Holly Frey joins psychologist and YouTube star Ali Mattu in considering whether or not humanity is truly up to the task of embracing our future -- or if we'll just crumble under the weight of our own fear and guilt. Raised By Wolves creator Aaron Guzikowski also checks in one last time to explain how he developed the psychological profiles of the show’s characters as they try to prove themselves worthy of being humanity’s last chance for survival.

Learn more about the characters in each faction and how their beliefs, or lack thereof, affect them 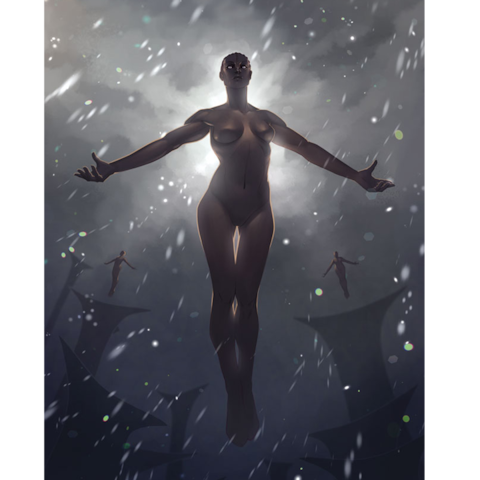 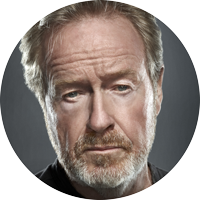 Ridley Scott, one of the world’s foremost directors and producers, is most known for his work on films such as Thelma & Louise, Alien, Black Hawk Down and Blade Runner. His film epic Gladiator won the Academy Award, Golden Globe®, and BAFTA Awards for Best Picture, as well as the Academy Award for Best Actor in a Leading Role for Russell Crowe. Throughout his illustrious career, Scott has also been lauded by the Emmy Awards, Cannes Film Festival and the PGA Awards. In 1968, Scott formed RSA as a commercial production house for some of the world’s most recognized corporate brands. In 1995, Scott formed Scott Free Productions to serve as a production company for his film and television projects such as Blade Runner 2049, Murder on the Orient Express, Hannibal, American Gangster, Concussion, the critically-acclaimed CBS drama, The Good Wife, its spin-off The Good Fight, the highly anticipated upcoming HBO Max sci-fi series, Raised by Wolves, and the hit telefilms Killing Lincoln, Killing Kennedy, and Killing Jesus. The most recent feature films produced by Scott Free include Jake Scott’s American Woman, Max Winkler’s Jungleland, Gabriela Cowperthwaite’s The Friend, and most recently, Wash Westmoreland’s Earthquake Bird. As a director, Scott’s recent projects include Alien: Covenant, the sequel to Prometheus, starring Michael Fassbender and Katherine Waterston, and All the Money in the World, starring Christopher Plummer, Michelle Williams and Mark Wahlberg.  He is currently filming The Last Duel, starring Matt Damon and Ben Affleck. 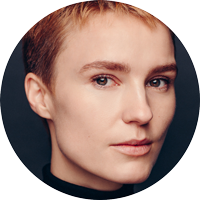 Amanda Collin is an award-winning, highly talented, and versatile international actress from Copenhagen, Denmark. Since graduating from the William Esper Studio in New York, she has within few years gone from important supporting roles to strong and acclaimed leads on screen and on stage. Collin recently starred in The Exception by Jesper W. Nielsen, based on Christian Jungersen’s bestselling novel. In 2019, she appeared in Daniel Borgman’s Resin, which earned her a 2020 Robert Award nomination for Best Supporting Actress.

Collin had her big breakthrough in 2017 playing the leading role of Marie in the much-debated film A Horrible Woman—for which, in 2018, she won both the Robert Award and the Danish Film Critics Association’s Bodil Award for Best Actress. Also in 2017, she was nominated for a Robert for her supporting role of Rakel in the Danish box-office hit Department Q: A Conspiracy of Faith directed by Hans Petter Moland.

On stage, Collin has appeared at the Royal Danish Theatre in multiple productions—Never Dry Tears Away Without Wearing Gloves, directed by Peter Christoffersen; Møller and Larsen, directed by Thomas Bendixen; and Miss Julie, as she impressed both audiences and Danish critics alike with her outstanding performance in the title role. From 2015–16, Collin was part of the Mungo Park Theatre ensemble, where she appeared in H.C. Andersen’s Fairy Tales, Boys Don’t Cry, and Hamlet. 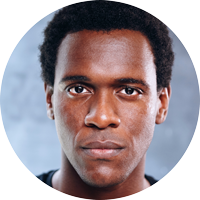 In 2018, Abubakar Salim was nominated for a BAFTA Games Award for Best Performer for his role as the main protagonist, Bayek, on Ubisoft’s Assassin’s Creed Origins.

On British television, Salim starred in the period drama Jamestown as well as a recurring role in the Sam Mendes-produced BBC/Amazon series Informer. He also played a leading role in the miniseries Fortitude for Sky opposite Dennis Quaid.

His other credits include Black Mirror, the Netflix/Canal Plus drama series Spotless, and Jonah in the BBC adaptation of J.K. Rowling’s The Cuckoo’s Calling. 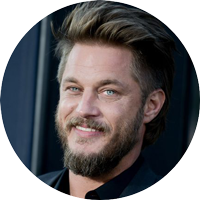 Travis Fimmel is most known for playing the lead role of Ragnar on 4 seasons of History Channel’s hit original series Vikings. His performance in Season 2 landed him on Variety’s Emmy® Contenders shortlist, and his final season, which aired in late 2016, earned equal acclaim.

Film credits include the A24 film Lean On Pete opposite Chloe Sevigny, Steve Buscemi, and Charlie Plummer; Dreamland opposite Margot Robbie; Danger Close, a drama based on the real-life events of Australian soldiers at the Battle of Long Tan during the Vietnam War; the romantic comedy Maggie’s Plan starring alongside Julianne Moore, Ethan Hawke, and Greta Gerwig; Warcraft for Legendary Pictures/Universal, which amassed more than $450 million worldwide; Needle with Ben Mendelsohn; Restraint opposite Teresa Palmer and Stephen Moyer; The Experiment with Adrien Brody; The Baytown Outlaws with Billy Bob Thornton; and Harodim opposite Peter Fonda. In 2008, he starred opposite the late Patrick Swayze on the A&E drama series The Beast. 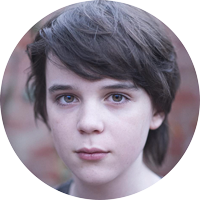