Chowder follows an aspiring young chef named Chowder and his day-to-day adventures as an apprentice in Mung Daal's catering company. Although he means well, Chowder often finds himself in predicaments due to his perpetual appetite and his nature as a scatterbrain. He is also pestered by Panini, the apprentice of Mung's rival Endive, who wants Chowder to be her boyfriend, which he abhors.

Chowder follows an aspiring young chef named Chowder and his day-to-day adventures as an apprentice in Mung Daal's catering company. Chowder often finds himself in predicaments due to his perpetual appetite and his nature as a scatterbrain. 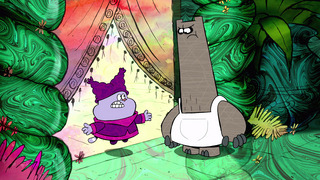 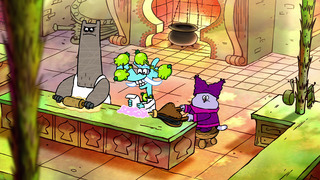 If Chowder can survive making a very complicated dish, he's on his way to becomi... 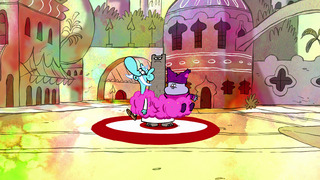 Chowder makes the big mistake of not sharing his gum with Truffles, and Marzipan... 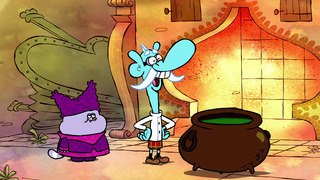 Certifrycation Class: When Mung is forced to spend the day in chef certifrycatio... 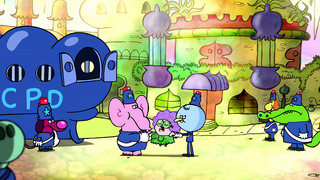 During a delivery, Chowder's gut instincts lead him and Mung on a non-stop adven... 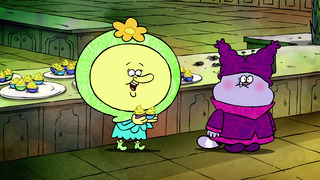 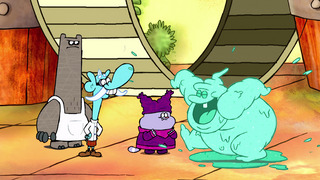 Thrice Cream Man: Mung cooks up a way to break his thrice cream obsession, a liv... 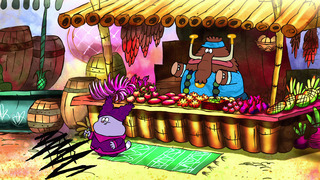 Gazpacho Stands Up: Chowder gives Gazpacho a hand in preparing for his comedy de... 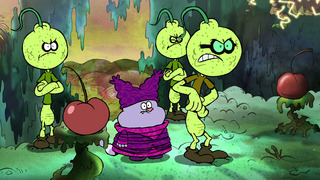 The Puckerberry Overlords: When a berry sends Chowder into his own mouth, he's o... Sniffleball: Feeling Chowder's been spending too much time in the kitchen, Mung ... The Heavy Sleeper: When Chowder puts Mung into a deep sleep, he and Shnitzel rac... 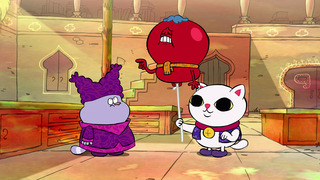 At Your Service: In order to get a fruit from Ms. Endive, Mung and Chowder becom... Chowder, Mung and Shnitzel want to spend a nice day at the beach. When they all ... 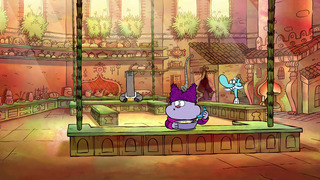 14. The Bruised Bluenana/Shnitzel and the Lead Farfel

The Bruised Bluenana: When Panini decides a bluenana is their baby, she uses it ... 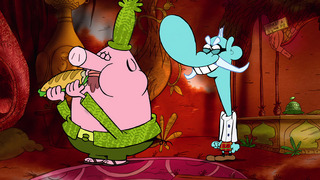 Chowder and Shnitzel have to deliver an extremely heavy order to the top of a mo... 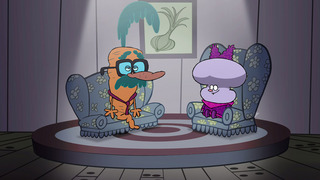 When Chowder accidentally loses his hat, he goes on a wild chase to get it back.... 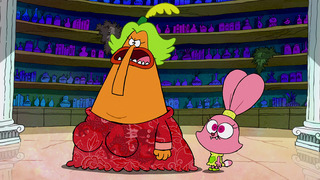 Shnitzel quits Mung's Catering Company for good and goes to work for their rival... 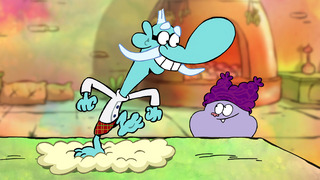 Mung sends Chowder to buy a replacement part for a broken machine but Chowder's ... 19. Banned from the Stand/Creme Puff Hands

Banned from the Stand: After an argument with Mung leaves him drunk with power, ... 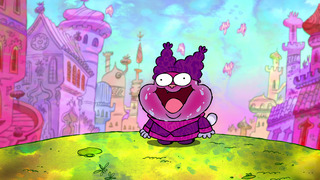 When Chowder and Gorgonzola are unwillingly paired up at the annual Apprentice G...