Just as they decide to separate, Linda (Anne Hathaway) and Paxton (Chiwetel Ejiofor) find life has other plans when they are stuck at home in a mandatory lockdown. Co-habitation is proving to be a challenge, but fueled by poetry and copious amounts of wine, it will bring them closer together in the most surprising way. 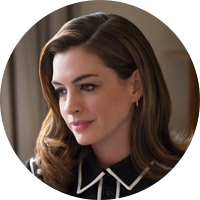 Anne Hathaway is an Academy Award® winning actress known for her versatility as an actor and producer.

Hathaway starred as “Fantine” in Tom Hoopers’ screen adaptation of the musical phenomenon, Les Misérables, a role that garnered Academy®, Golden Globe®, SAG® and BAFTA® Awards for “Best Actress”. Hathaway was nominated for an Academy Award®, Golden Globe® and SAG® Award for her performance in Jonathan Demme’s critically acclaimed Rachel Getting Married. The National Board of Review, Chicago Film Critics Association and the Broadcast Film Critics Association all named Hathaway “Best Actress” in this role. 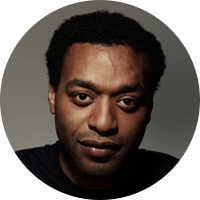 BAFTA® Award winner and Academy Award® nominee Chiwetel Ejiofor has a breadth of critically acclaimed work across stage and screen.

Upcoming projects include Paramount’s Infinite with Mark Wahlberg and Marvel’s highly anticipated Doctor Strange in the Multiverse of Madness alongside Benedict Cumberbatch, the second installment of the hugely successful Doctor Strange. Ejiofor will also adapt and direct The Short and Tragic Life of Robert Peace: A Brilliant Young Man Who Left Newark For The Ivy League, based on the bestselling book by Jeff Hobbs. In 2020, he was seen in The Old Guard with Charlize Theron and Matthias Schoenaerts, one of Netflix’s most watched original films of all time. 2019 saw Ejiofor’s directorial debut The Boy Who Harnessed the Wind on Netflix, which he adapted from the book of the same name, written by William Kamkwamba and Bryan Mealer. He also starred in the film. His other film credits include The Lion King, Maleficent: Mistress of Evil, Mary Magdalene, Come Sunday, Doctor Strange, Triple 9, Half of A Yellow Sun, The Martian, Z For Zachariah, 12 Years A Slave, Secret In Their Eyes, Dirty Pretty Things, Love Actually, Slow Burn, Melinda And Melinda, Endgame, Salt, Amistad, American Gangster, Talk To Me, Redbelt, Four Brothers, Inside Men, Children Of Men and Kinky Boots.

Ejiofor’s stage credits include Everyman, A Season in The Congo, Othello, The Seagull, The Vortex, Romeo And Juliet, Blue/Orange, Triumph Of Love and Sparkle Shark.

Ejiofor was awarded a CBE for services to drama in 2015. 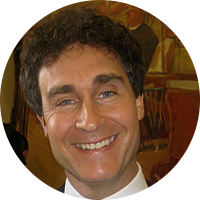 Doug Liman is a film and television director and producer. He began his career with the 1996 audience favorite Swingers and has directed film titles including: Fair Game, The Wall Go, American Made, The Bourne Identity, Mr. And Mrs. Smith, Edge of Tomorrow / Live Die Repeat and the upcoming Chaos Walking.

In the television space, Liman has directed and produced two seasons of the hit series Impulse, based on his feature film Jumper through his Hypnotic label. He also served as executive producer of nine seasons of Suits, the first season of The O.C. (for which he also directed the pilot), five seasons of Covert Affairs and numerous other TV shows.

Liman also works on web, non-linear and VR content through his label 30 Ninjas, which earned a listing in the Guinness Book of World Records for their show Invisible as the first scripted VR series. He serves on the board of the Legal Action Center and the Arthur Liman Public Interest Program at Yale Law School.