When an all-powerful Superintelligence (James Corden) chooses to study the most average person on Earth, Carol Peters (Melissa McCarthy), the fate of the world hangs in the balance. As the A.I. decides to enslave, save or destroy humanity, it’s up to Carol to prove that people are worth saving. 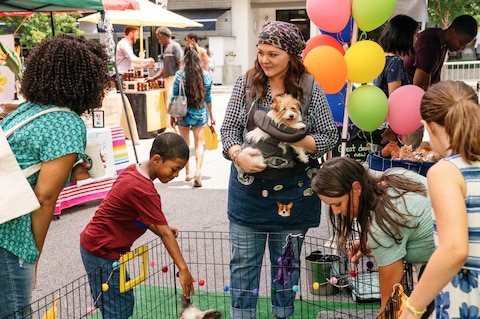 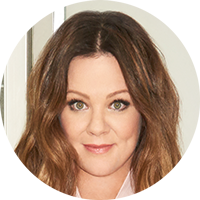 Melissa McCarthy has become one of Hollywood’s most sought-after talents on both the small and silver screens. For her role as “Megan” in the worldwide hit comedy, Bridesmaids, McCarthy received Academy Award®, BAFTA, Critics’ Choice, and SAG Award nominations. She earned a second Academy Award-nomination for Fox Searchlight’s Can You Ever Forgive Me? in addition to receiving Golden Globe®, Critics’ Choice and SAG Award nominations for the same role.

In 2013, McCarthy and husband, Ben Falcone, founded On the Day Productions and has successfully produced a number of film and television projects including Tammy, The Boss, Life of the Party, and Nobodies. Earlier this year, Melissa served as host and executive producer of the NBC unscripted series, Little Big Shots.

On the big screen, McCarthy previously starred in Life of the Party and The Boss, which she co-wrote and produced with Ben Falcone. Additionally, she starred in The Kitchen, Ghostbusters, and the hit film Spy, for which she received Golden Globe and Critics’ Choice Award nominations. Additional film credits include The Heat, This is 40, The Hangover Part III, The Back-Up Plan, Life As We Know It, and Pretty Ugly People. On television, McCarthy starred as the culinary genius “Sookie St. James” in Gilmore Girls and “Dena” in Samantha Who? McCarthy also won an Emmy® Award and People’s Choice Award for starring as “Molly” on the hit CBS comedy Mike & Molly.

McCarthy will next be seen starring in upcoming films including Thunder Force, The Starling, and Disney’s The Little Mermaid, the live-action remake of the children’s classic movie. 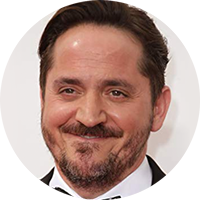 Ben Falcone is an acclaimed director, producer, screenwriter and actor. Falcone’s breakout role as “Air Marshall Jon” in the worldwide hit comedy, Bridesmaids, directed by Paul Feig and produced by Judd Apatow, helped him make a name for himself in the comedic industry. In 2014, Falcone was awarded with the Palm Springs International Film Festival’s “Directors to Watch” award for his work on the comedy, Tammy, in which he made his directorial debut.

In 2013, Falcone and wife, Melissa McCarthy, founded On the Day Productions and have successfully produced a number of film and television projects including Tammy, The Boss, Life of the Party, Nobodies, Little Big Shots, and the upcoming film, Thunder Force. 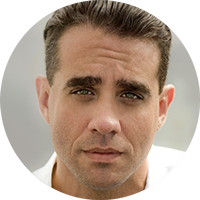 Cannavale has cemented his comedic and dramatic range earning Primetime Emmy Awards for “Outstanding Guest Actor in a Comedy Series” and “Outstanding Supporting Actor in a Drama Series” for Will & Grace and HBO’s Boardwalk Empire respectively.

Cannavale’s film credits include the Academy Award®-nominated feature Martin Scorsese’s The Irishman.   He is also featured in the Marvel Cinematic Universe as “Jim Paxton” in Ant-Man and Ant-Man and the Wasp. Other titles include Jumanji: Welcome to the Jungle, Spy, Chef, Blue Jasmine and Motherless Brooklyn.  Cannavale is slated to appear in the upcoming Marilyn Monroe biopic Blonde produced by Brad Pitt’s Plan B Entertainment. 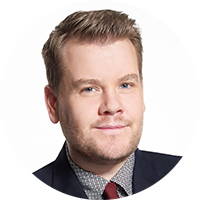 Corden is well known for being the host of The Late Late Show, which premiered on CBS in March 2015. During his time as the host, he has won three Emmy Awards, including one for “Outstanding Interactive Program” in 2016, and two for "Outstanding Variety Special" for “The Late Late Show Carpool Karaoke Primetime Special” in 2016 and 2017.Corden is also the co-creator and executive producer of Carpool Karaoke: The Series for Apple Music, which has just received the 2020 Emmy Award for  “Outstanding Short Form Variety Series.”

As an actor, Corden has starred in recent films including Cats opposite Jennifer Hudson, Taylor Swift and Idris Elba and Oceans 8, alongside Cate Blanchett, Sandra Bullock, Rihanna, and Anne Hathaway. Other film credits include Into the Woods, Begin Again, The Three Musketeers and more. He has also lent his voice to Peter Rabbit and Peter Rabbit 2 as the title character and voiced roles in Trolls World Tour and Smallfoot. Most recently James wrapped production on Ryan Murphy’s The Prom, opposite Meryl Streep and Nicole Kidman. Made by GEORGIA FILM WORKS