In Unpregnant, seventeen-year-old Veronica (Haley Lu Richardson) never thought she’d want to fail a test—that is, until she finds herself staring at a piece of plastic with a blue plus. With a promising college-bound future now disappearing before her eyes, Veronica considers a decision she never imagined she’d have to make. This never-taken-lightly decision leads her on a 1000 mile hilarious road trip to New Mexico over three days with her ex-best friend, Bailey (Barbie Ferreira) where they discover sometimes the most important choice you’ll make in life is who your friends are. 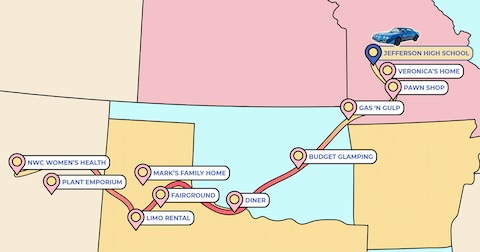 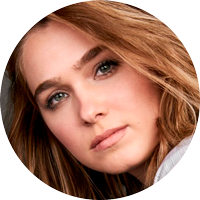 Haley Lu Richardson will next be seen starring in UNPREGNANT from director, Rachel Lee Goldenberg. In 2019, Richardson was seen opposite Cole Sprouse in the CBS Film, FIVE FEET APART. She received critical acclaim for her portrayal in this heartache-inducing adolescent drama of a teen who has cystic fibrosis. Recently, she also starred opposite Elizabeth McGovern, in Michael Engler’s THE CHAPERONE adapted by Julian Fellowes. In 2018, she starred opposite Regina Hall in the film SUPPORT THE GIRLS. In 2017, she starred in Kogonada’s highly acclaimed COLUMBUS. Her heartwarming performance earned her a nomination for Best Actress at the Gotham Independent Film Awards. Richardson also starred in OPERATION FINALE opposite Oscar Isaac and Ben Kingsley. Her other credits include starring roles in M. Night Shyamalan’s Universal Pictures’ thriller SPLIT and THE EDGE OF SEVENTEEN. Richardson burst onto the scene with her breakthrough performance in Sony Pictures Classics’ THE BRONZE where she plays an aspiring Olympic gymnast.  A former competitive dancer, Haley Lu Richardson currently resides in Los Angeles. 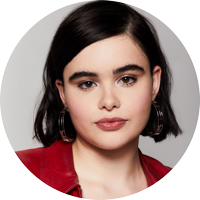 Barbie Ferreira’s raw talent, charisma and self-assured voice have established her as one of the most rapidly rising stars in Hollywood.

Ferreira gained prominence with her captivating portrayal of Kat, a teen navigating the ups and downs of high school, friendship and social media, in the HBO mega hit, Euphoria.  The hit show marked Ferreira’s return to HBO having previously appeared as Ella, in Sarah Jessica Parker’s, Divorce.

Ferreira began her career as a model, having been photographed for brands like American Apparel, Aerie, Adidas, H&M, Ugg, ASOS and many more before making the transition to acting.  She has also expanded her talents into the beauty market being named the Face of Becca Cosmetics in late 2019 where she has launch several popular products in her first year as the brand ambassador.